On Thursday 8th October, residents of Balsall Heath will have the opportunity to vote on whether the City should use the Neighbourhood Development Plan to help decide planning applications.  Many local people will know that the area has not been best served by planners in the past, so this is an opportunity to vote on plans which have been developed by local residents.

Local Film Maker Haqi Ali has made a short film about Thursday 8th October’s Referendum based on interviews with local residents. You can hear why they think that voting yes is a good idea.

The Neighbourhood plan is available to read online at www.balsallheathforum.info.  It includes the following policy regarding Historical buildings (apologies for the small text, we recommend using a large screen to view). 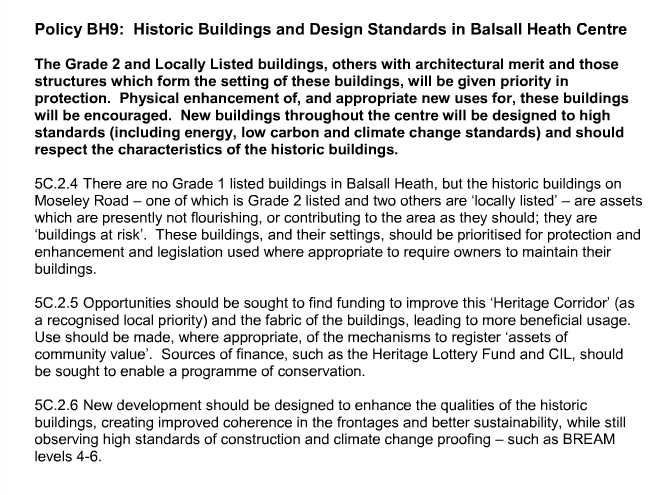 Balsall Heath residents are eligible to vote at the the same polling stations used for local and national elections.  Whilst the plan does not specify usage for the building, it does put emphasis on the building being protected and maintained by its owner.  The Baths is already registered as an ‘Asset of Community Value’, so the hope is that the plan, if passed, will secure the building (in planning terms at least) for the use of the community, and hold the Council to looking strategically at the historic buildings along that section of the Moseley Road.