Eight year old Dylan Morris-Adams loves his weekly lessons so much that he took it upon himself to write a letter to the Council asking them to reconsider their decision to close Moseley Road Baths. 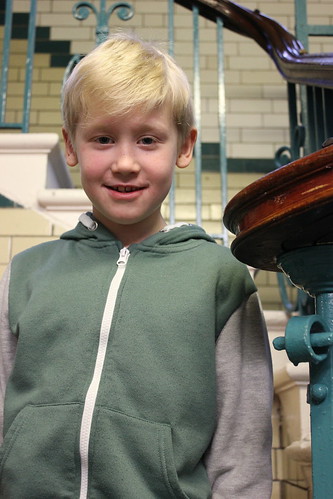 Dylan has been swimming at Moseley Road Baths since he was a baby.  He writes:

‘My little brother is 3 and he already has his 25 metre badge.  I have every badge up to my 2000 metre badge and we both wouldn’t be such good swimmers if it wasn’t for Moseley Baths’

Dylan shared some photos from his baby photo album with us – and it was clear from talking with him and his Mum that the building occupies a very special place in their family’s life.

We spoke with Dylan to find out more about his swimming achievements and his attachment to the Baths.  For those of you who aren’t familiar with such distances, 2,000 metres is the equivalent of 80 miles of a 25 metre pool!

The popular ‘Strokes’ swimming programme is now being phased out and is being replaced with the ASA ‘Learn to Swim Pathway’.  With schools increasingly under time and budgetary constraints, so many children are reliant on out of school swimming lessons to learn to swim.  Whilst Sparkhill Baths is being offered as an alternative facility from 2015, many families would simply struggle to get over there after school.

The task is now to give young people like Dylan every opportunity to fulfil their swimming ambitions – and in Dylan’s case he wants to head to Olympic glory.  From what we’ve seen he may just manage it…