Welcome to this long overdue update on the Baths campaign and Baths related news!  There’s lots to share – and don’t forget if you want to add any items then let us know!  This month we’re covering:

When can I swim?

Many regular swimmers may be aware that there have been a number of changes to the timetable and we have learnt that this Wednesday the building was closed.  This is due to temporary staffing shortages which are hopefully being resolved with the appointment of a new Duty Manager.

There is an ongoing issue with a lack of female lifeguards to cover the Monday night Women’s Only sessions.  Monday evenings are now a mixed session but we understand that the Tuesday night Women Only session is due to be extended.  As always, do ring ahead if you are concerned.

There are new times for the popular ‘Be Active’ scheme, which enables all Birmingham residents to swim for free at designated times with a valid Leisure Card.  The Tuesday morning Public Swim has now moved to a Friday morning.  It’s proving particularly popular with pre-school kids!

Also, we want to give a plug for the Tuesday night Aquarobics session.  Have fun, get fit with John Currivan, ‘The Fitness Guru’.  We hear great things about this session.  It takes place on Thursday evenings at 8pm.  Ring John on 07502 010 200 for more details.

With a looming closure…

…it’s not just members of the Friends of Moseley Road Baths who are concerned about the future of the building.  Closure of Moseley Road Baths is currently pencilled in for whenever Sparkhill reopens (more on that below).  Previous attempts to push Councillors into any kind of constructive discussion on the future of the building have proved fruitless, so members of the group have met with a number of local organisations to try and look at options for the building.  It was a well attended and positive meeting, and the group were unanimous in their belief that the building should remain open for public swimming.  The group agreed the following as the outcomes we would be seeking from working together with the Council on a future for Moseley Road Baths:

The group is willing to explore any options within these bounds.  There will be a wider meeting with all potential stakeholders, organised with the assistance of Cllr Trickett and Cllr Holbrook, at the end of June, beginning of July.

We received this from the Council’s Strategic Sports Team on 11th May:

‘We are currently undertaking the work to remove the asbestos within the old building, this will then allow the final ground condition surveys to be completed.  As long as the removal of the remaining asbestos goes without any further problems, this should allow demolition to take place during the school summer holidays, with construction following soon afterwards.  Service availability is expected in December 2016.’

We’ve been reliving last October’s magical Fierce Festival with these lovely images sent from Artists Laura Delaney and Lisa Stewart that were taken by Fierce’s photographer.  Yet another example of how a pool of water can be a starting point for so many creative and interesting uses. 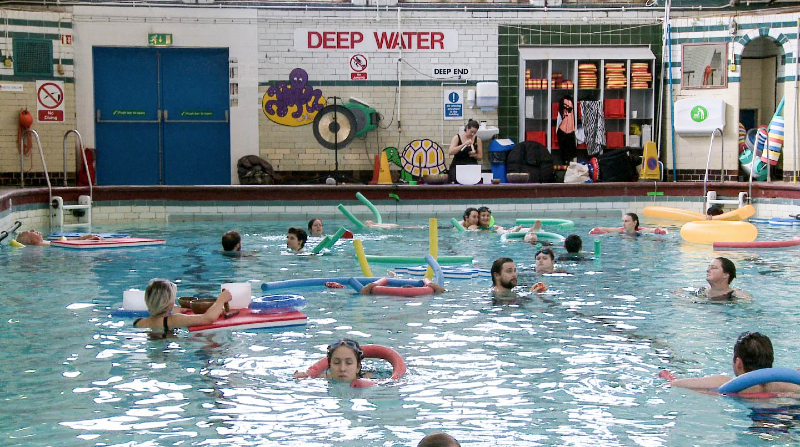 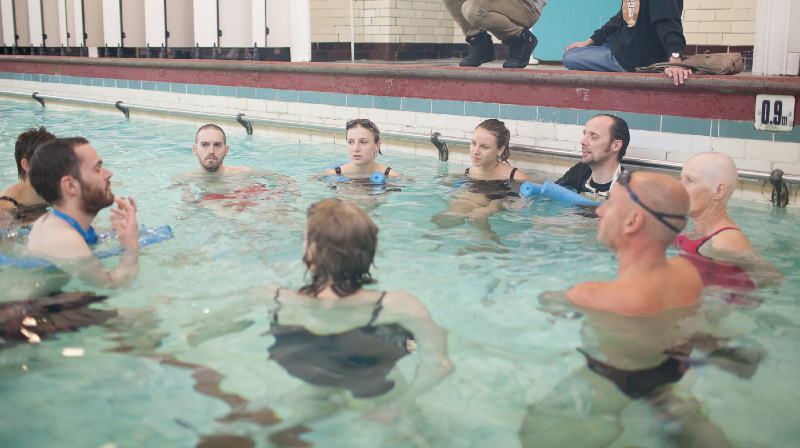 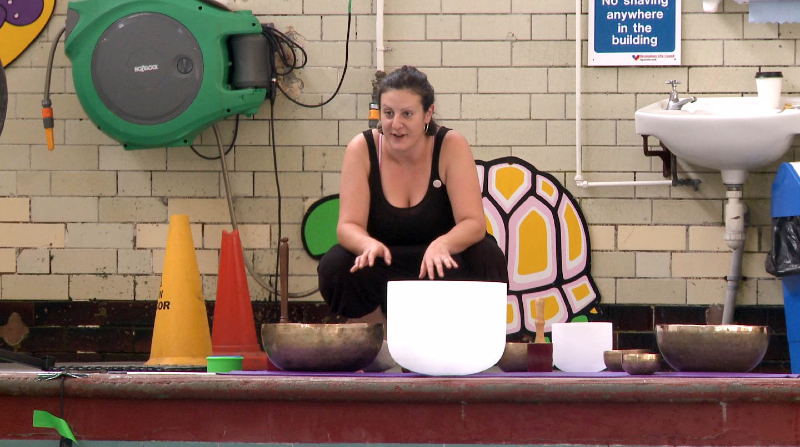 Could we have some of your time?

The Friends Group will have stalls at a couple of events during June and July and would greatly appreciate any extra help on these days, even if it is only for a couple of hours. They are:

Sunday 28th June 11am-4pm
Birmingham Lives History Fair at Trefoil House Holloway Head Birmingham B1 1QL, not far from the ‘Pagoda Island’ on the A38.
We have one of nearly 30 stalls run by local history groups, which will be in the main hall of Trefoil House (the Birmingham Girlguiding HQ).

Could you stick some of our ‘Let’s Keep Swimming at Moseley Road Baths’ postcards through doors on your street?  Or give some out at the school gate, in your office or in a local café?  If so then let us know and we can get a stash to you!

If anyone is willing to help, please email Mark Gunton at events@friendsofmrb.co.uk.

‘My Route’ is Sampad’s community heritage project exploring the changing history of the people, culture and landscape around Stratford Rd between Sparkbrook and Hall Green in Birmingham since the 1940s.

This exhibition will be held from Saturday 13th June to Friday 10th July, along the entire Stratford Road from Sparkbrook to Hall Green. The exhibition will feature photography by the renowned Birmingham photographer Vanley Burke, and sound installations by Brian Duffy, famous for his work with Modified Toy Orchestra. There will be a heritage trail both in physical form and as a mobile application using augmented reality, developed by local digital developers Substrakt. A touch-table map tracking the changes along the road from 1945 to present day will be available to use at the Bordesley Centre and at Hall Green Library, and a number of satellite exhibitions at nearby locations are being developed. A free publication will also accompany the exhibition.

if you have made it this far through our update then you’re probably exactly who we need to come and join us at our regular meetings!  Meetings are friendly and informal and we welcome new faces and fresh ideas!

AGM Notice
This is schedule for Wednesday 8th July from 6:30pm at Ort Café, opposite the Baths.
Nominations for the positions of Chair, Secretary and Treasurer are open, please send nominations to contact@friendsofmrb.co.uk